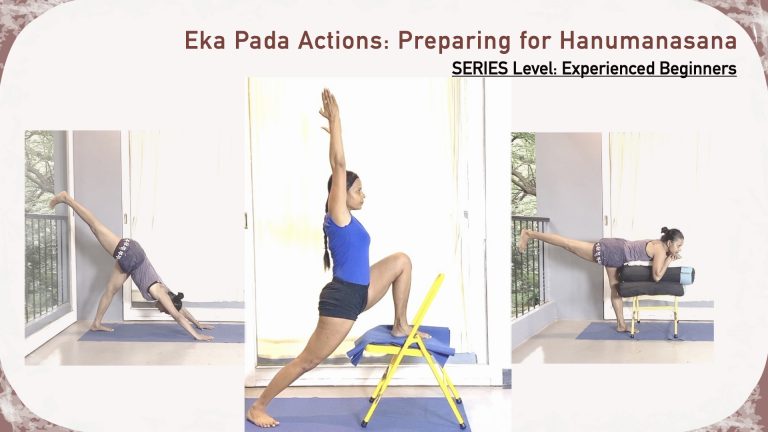 the ‘Eka Pada’ action: literally, meaning One (Eka) Leg (Pada), appear in and re-appear in many Asanas – from the basic to the advanced.  At its simplest, it might just involve holding one leg steady while moving the other  (as in Supta or Utthita Hasta Padangusthasana.  In its more complex forms it involves the two legs scissoring away from each other in opposite directions, culminating in Hanumanasana: the majestic leap of the celestial monkey.  While Hanumanasana itself might not be accessible by many people,  and is not part of this Beginner level Series, the separation of the front and back legs moving awya from each other in the saggital plain is important to maintain the health and mobility all along the legs, the knee and hip joints, and the groins.  This has become even more relevant these days with our sedentary lifestyles and long hours of seating on chairs, as well as the popularity of physical activities such as running and bicycling, that involve repetitive short range movement of the legs.

Part1: Eka pada Actions – Mobilising the Two Legs Away from Each Other in Basic Asana Positions

Part 2: The ‘Eka pada‘ of Back Arches: Focus on Mobility and Strengthening before Extending 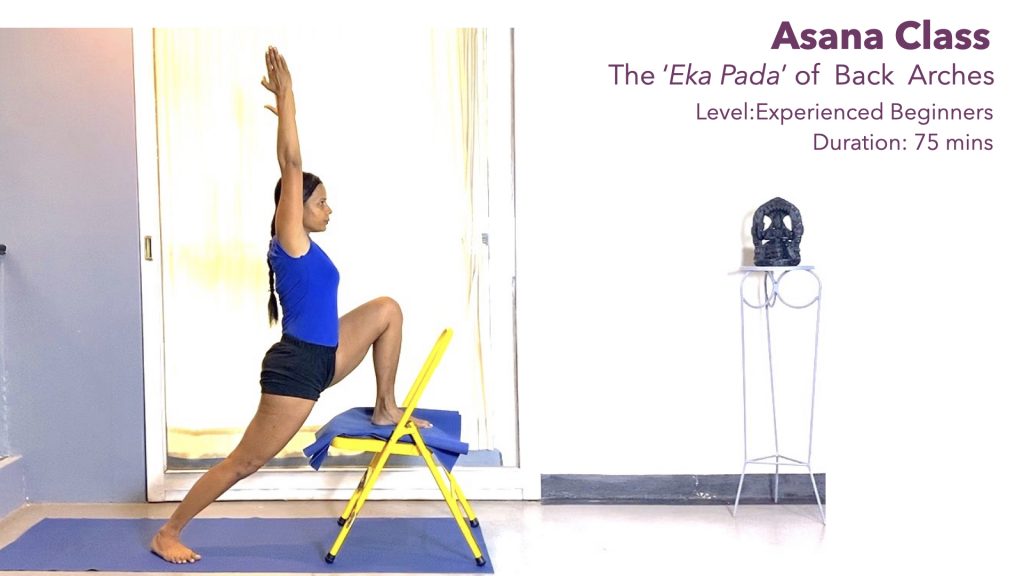 The ‘Eka Pada’ of Back Arches: Focus on Mobility and Strengthening before Extending

Eka Pada preparation for back arches: strength and mobility 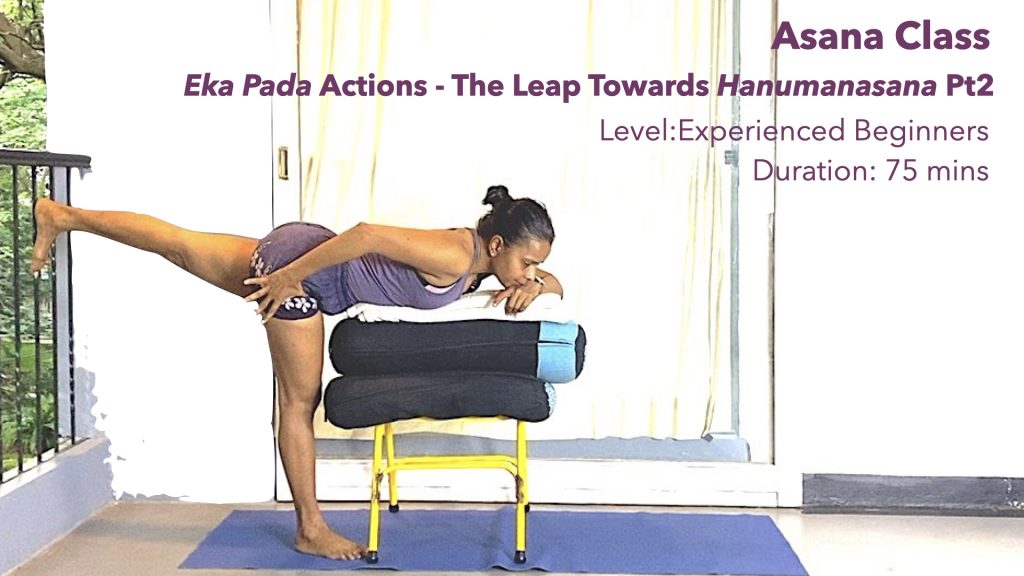 This recording is part of the Short Course Eka Pada Actions – Preparing for Hanumanasana (Level: Experienced Beginners).  Save by buying the whole Course.